The Tampa Bay Buccaneers have made a name for themselves as an up and coming franchise, most recently by winning the Super Bowl. And you know who is really excited about their new team? Tom Brady! 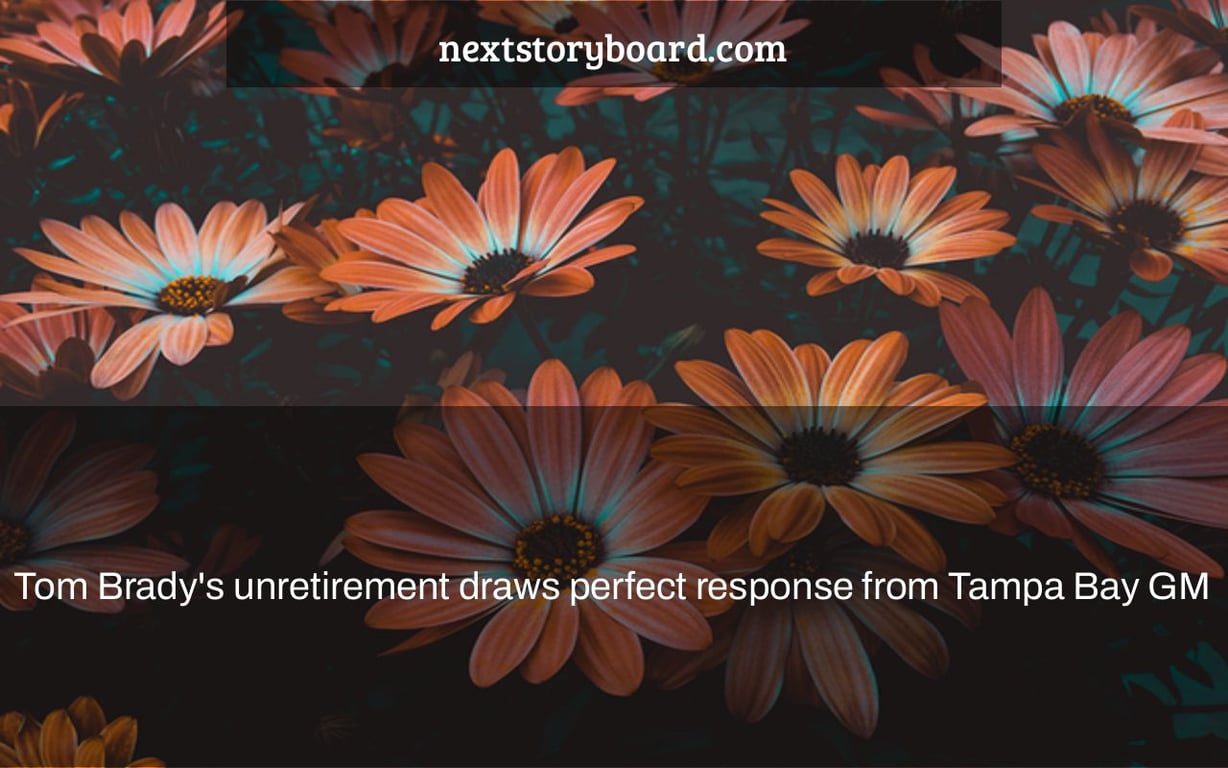 After Tom Brady retired in February, the Tampa Bay Buccaneers had already begun the onerous work of determining their next course of action. Thankfully, the NFL legend changed his mind and chose to return, much to the pleasure of GM Jason Licht and the rest of the squad.

Licht confessed that they were hoping Brady would reconsider his decision, but he also stated that they were already discussing what they should do if the quarterback elected to remain retired. However, when TB12 decided to return, the Buccaneers’ general manager expressed relief.

“Well, in our profession, you have to be prepared for the unexpected, but you also have to plan for the worst-case scenario.” At that point, there was nothing I could do about it. “We had a lot of hope that he’d change his mind, that he’d come back, but we had to have preparations in case he didn’t,” Licht told FOX Sports.

Jason Licht also shared some behind-the-scenes details about the events leading up to and after Tom Brady’s unretirement announcement. They seemed to be anticipating the decision, albeit there was no confirmation. Buccaneers head coach Bruce Arians was later informed that the TB12 camp was planning to issue a statement.

“When he chose to un-retire, we had multiple talks, with myself and Bruce [Arians] being a big part of it. There was a feeling that may happen, but no one knew for sure until later, perhaps around the time Chris [Godwin] heard [and] received his text message. Bruce knew he was going to issue a statement when I spoke with him. That was a fantastic day, just like today is,” Licht said.

Brady made his comeback to the Buccaneers official in March, announcing his choice on social media. He was only abroad for 40 days, and in his statement, he said that he recognized during his absence that his position was still vacant and “not in the stands.” He also mentioned some unfinished business that he would want to do before calling it a career.

Brady’s decision to return to the NFL and rejoin the Buccaneers has gotten a lot of attention. For one reason, his father said that he was “pressured by outside forces” to retire, while a former teammate speculated that “something occurred” during his retirement time that compelled him to return–likely something Brady didn’t anticipate when it came to his original intentions.

Whatever the cause, the Buccaneers’ front office and supporters will be relieved to have Brady back on their side. Even at 44, he is still one of the top quarterbacks in the NFL, and his influence on winning is unparalleled. The Bucs won the Super Bowl in his first season with the franchise, and there’s a reason for it.

The Buccaneers also avoid the difficult issue of finding a successor for him, which may be difficult considering how good Tom is. It’s impossible to replace a player of his quality. Now, with Brady at the helm, the club can concentrate on rebuilding the roster and acquiring additional weapons in preparation for another Super Bowl push.

How bettors took advantage of Nets