After five years of podcasting, Priority One is shutting down. In this final episode hosts Thomas DeLauer and James “Grim” Desborough discuss the topic at hand. What did we learn from all these episodes?

The “sto podcast” is a community podcast that has been around for 535 episodes. The hosts of the show decided to wrap up after such an amazing run. 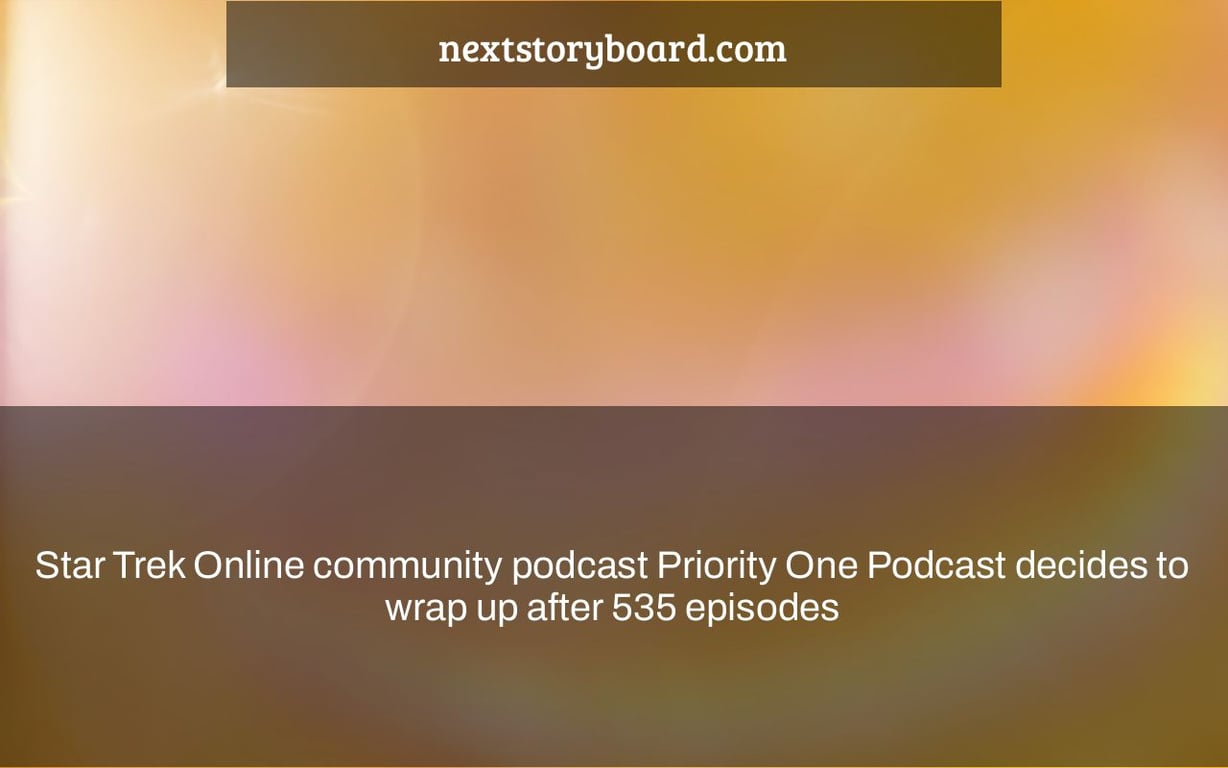 After ten years and more than 500 episodes, the Star Trek Online community is saying goodbye to one of its most popular podcasts, as well as one of the greatest MMO podcasts. The Priority One Podcast, which has been covering the MMO as well as supporting Trek enthusiasts in general, has chosen to end its run.

The podcast’s termination was not explained in detail in the closing broadcast, which merely said that it was time for the cast to end.

“I understand that most – if not all – of you will be surprised by this news. Why would we cease reporting the newest news from our beloved property with so much going on in the Star Trek Multiverse? I wish I had a clear and satisfactory answer for you, but I don’t. We’ve had lengthy discussions behind the scenes regarding the show’s future, our ambitions, and our aspirations. Finally, we decided that now was the perfect moment to saddle up our horses and ride out into the sunset, leaving behind an unbelievable legacy of passion and love for an icon who has impacted so many of our lives.”

All of the podcast’s episodes will still be accessible on the show’s website, and the show’s creators are asking Patreon supporters whether they want the After Hours podcast to continue. Additionally, the podcast’s STO Armada group will remain intact, and livestreams of the game will be available every Saturday night. We wish all of the hosts of Priority One the best of luck in their future efforts.

Captains!! We always close the year by sharing some laughter with you, but this special edition podcast episode is a little different…

This is the @priorityonepod’s last episode. Listen to the link below to learn more! https://t.co/H6gLKdATQm