Ukraine has been in the midst of an ongoing crisis with Russia, which is currently experiencing economic sanctions from Western governments. This invasion would likely lead to a deep recession that could last for years and may be too much for Ukraine’s economy to bear. It remains unclear as yet what will happen next but it is clear that Russia won’t take any direct military action without first having some kind of retaliation plan ready., 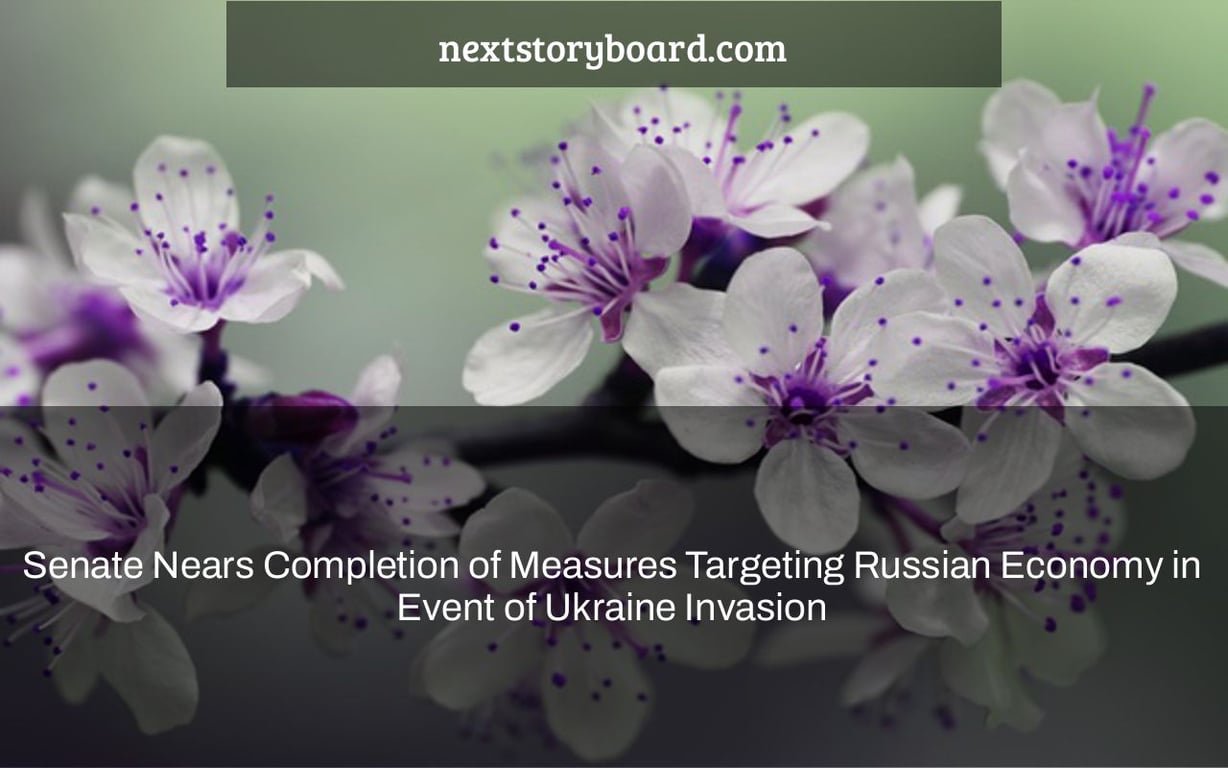 According to Chairman Sen. Bob Menendez (D., N.J.), the measure under consideration by members of the Senate Foreign Relations Committee and others would target key Russian banks, hurt Russians’ savings and pensions, and restrict the market for Russia’s sovereign debt, among other things.

The bill seems to be modeled after steps being examined by President Biden’s administration, which sources say would target many of Russia’s top government-owned banks, prohibit fresh issuance of Russian sovereign debt from being traded, and impose export curbs across vital industries.

Mr. Menendez remarked, “I would characterize it as we are on the one-yard line.” “And, hopefully, we’ll be able to bring this to a successful conclusion.”

Senator Lindsey Graham (R-South Carolina) believes there will be bipartisan support for more penalties on Russia.

On CBS, Victoria Nuland, the undersecretary of state for political affairs, said the Biden administration was working closely with legislators on the legislation, which she believed would fit well with other North Atlantic Treaty Organization nations’ efforts.

“You know, deterrence is greatest when there’s a little bit of strategic uncertainty about precisely what we’re going to do,” Ms. Nuland said of the sanctions package. “If we put them on the table now, Russia will be in a position to begin mitigating.”

Mr. Risch said that he does not think Mr. Putin has made up his mind on whether or not to attack Ukraine again, but that if he “sees weakness, incompetence, stupidity, indecision…he would take advantage of that.”

The Pentagon has warned that Russia has gathered enough fighting strength in Ukraine to capture cities and large swathes of land, and the Biden administration has said that it is planning an invasion. Ukrainian authorities, on the other hand, have cautioned that the US is exaggerating the Russian danger.

Ukraine’s ambassador to the United States, Oksana Markarova, disputed the idea that Kyiv and Washington were at odds regarding the gravity of the danger. “Those are pleasant, open, and frank exchanges,” she added, noting differences of view on the nature and timing of penalties.

“We are not downplaying the danger,” she added, emphasizing that Ukraine and its partners are on the same page. “At the same time, we cannot afford to panic in order to protect our nation.”

Ukraine demands sanctions on Russia now, not just in case of another invasion, she added, pointing out that Russia has occupied Crimea since 2014. “We feel the foundation for sanctions exists.”

Ukraine wants sanctions on Russia now, not just in the case of another invasion, according to Ukraine’s ambassador to the United States, Oksana Markarova.

Sens. Menendez and Risch recognized their differences on how Russia and Germany should handle the Nord Stream 2 project, with the latter predicting that the issue will be the last sticking point in the bipartisan talks.

The pipeline, which is complete but not yet approved to carry gas, has been regarded by the Biden administration as leverage for the West against Mr. Putin, and officials have said that if Russia invades Ukraine, the pipeline will be shut down. Sen. Ted Cruz (R., Texas) proposed a bill that would have required immediate penalties on the project, but it was rejected by the Senate earlier this month.

The White House rejected Mr. Cruz’s bill while supporting Mr. Menendez’s version, which would have required the Biden administration to reconsider its relaxation of sanctions on Nord Stream 2 in the case of Russian aggression.

“If you attack Ukraine, you will undermine the possibility of future presidents to accept you and Russia as normal,” Mr. Graham warned to Mr. Putin on Sunday. You’ll pine for the good old Cold War days because every president and Congress in the future will pound you.”

Mr. Risch explained why Americans should be concerned about Ukraine’s well-being, saying, “We always stand with democrats.”

Mr. Menendez said that although the immediate threat to Ukraine is clear and urgent, the issues at stake are larger than any one nation.

Mr. Menendez added, “We cannot have another Munich moment,” alluding to what some believe European countries’ appeasement of Hitler before to World War II. “If Putin feels the West would not react, he will not stop with Ukraine.” We witnessed what he accomplished in Georgia in 2008. We witnessed what he did in pursuit of Crimea in 2014… So, at the end of the day, it’s about safeguarding Ukraine, but it’s also about delivering a message: You can’t alter a country’s borders by force.”

Courtney McBride can be reached at [email protected]