Your Legendary Account (LOTRO) has been hit with login issues and you’re confused as to why your hero does the dishes now and then. The team at Turbine have addressed some of these concerns, but if something is not working for you – take it up with them on their official forums! 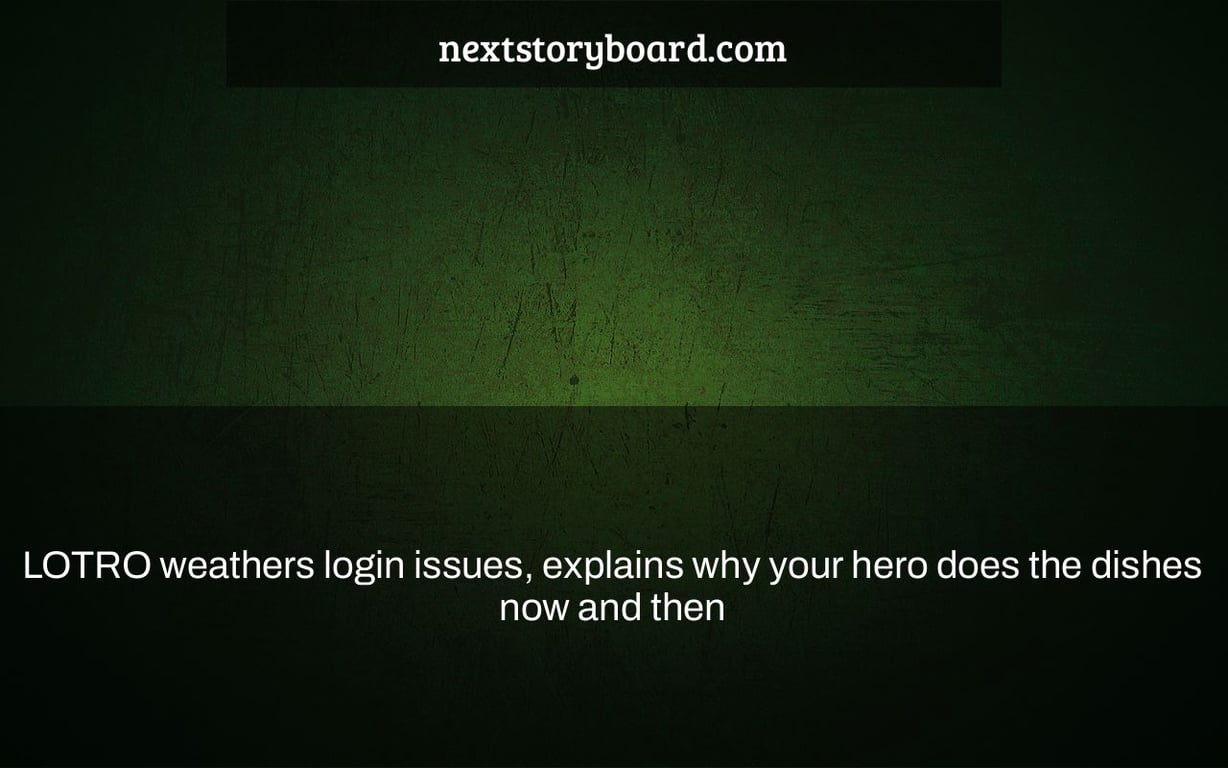 It’s not just you if you’ve been hitting your head against the Lord of the Rings Online launcher in the last 24 hours. Players were apparently unable to log into the game due to technical difficulties, however this has already been resolved.

Meanwhile, game writer Jeff “MadeOfLions” Libby seemed to respond to a concern regarding why player characters are often compelled to do mundane duties after achieving great achievements. His response reveals a lot about LOTRO’s questing mentality in general.

“It’s a method to keep the heroes grounded,” Libby wrote, “and to remind them of the lives of the ‘regular citizens’ for whom they’re fighting.” “I understand the ‘But I’ve slain dragons!’ argument. I’m not sure why I’m cleaning the dishes. I get the ‘Don’t they know I’m a HERO?’ issue, but I’d argue that the duality there is a very Middle-earthy idea.”

“To Barliman Butterbur, the stranger in the corner of the Pony is simply Strider, one of these Rangers, a peculiar type,” he said. Strider’s narrative, however, is considerably different, and far more heroic, than Barliman could imagine. If he knew, it may freeze his blood.”