Farcry 6 is a game that has been highly anticipated by fans of the series. The previous instalments were all critically acclaimed and have sold over 20 million copies since release. However, this latest entry into the franchise was met with mixed reviews from critics and players alike.

Far Cry 6 is an action-adventure game developed by Ubisoft Montreal and published by Ubisoft. The game was released for Microsoft Windows, PlayStation 4, and Xbox One on March 27th, 2018. The game received generally favorable reviews according to review aggregator Metacritic.

Since the original Far Cry games were published, I’ve been a huge fan of the Far Cry series. While the games have received varied reviews, particularly the spin-offs, I’ve always enjoyed the tried-and-true formula of bad villains, car chases, explosions, and carnage.

Within minutes, I was hooked on Far Cry 6. Although my first encounter with Castello did not have the same effect as my encounters with Vaas, Pagan Min, and Joseph Seed, Far Cry 6 quickly makes up for it.

Yara, the vast and beautiful terrain from Far Cry 6.

The size of the fictitious island of Yara was the first thing that struck me. While the previous maps in the series have been large, Yara is definitely a one-of-a-kind creation.

However, it isn’t only the size that has been improved. More than any other game I’ve played, the island seems alive. On the island, you never feel alone, from beaches teeming with small crabs to huge aircraft crop dusting fields.

Ubisoft generously supplied us with copies of Far Cry 6 for both the PS5 and Xbox Series X for the sake of this Far Cry 6 review. Despite the great degree of realism and liveliness in Yara, both consoles run well, with no indications of stuttering or difficulty.

Yara is divided into many zones, each of which is vast and distinct. It’s to the point that attempting to travel across the whole map and study it in depth seems nearly impossible.

Yara is the ideal beautiful vacation island, with beach, sun, palm trees, and an arrogant tyrant who wants to transform paradise into a ‘Yaran Paradise’ via persecution and tyranny.

The Dictator Antagonist in Far Cry 6 is Antón Castillo.

Since the introduction of Vaas, every Far Cry game has had a main adversary. The villains in the game have become more of a selling feature than the heroes themselves.

In Far Cry 6, Antón’s son Diego also has a significant part, as you see the emotional struggle between father and son on a huge scale.

As anticipated, Giancarlo Esposito delivers an outstanding performance as he sees his nation resist him in his effort to unite the “real Yarans” in order to build the ideal paradise he promised. 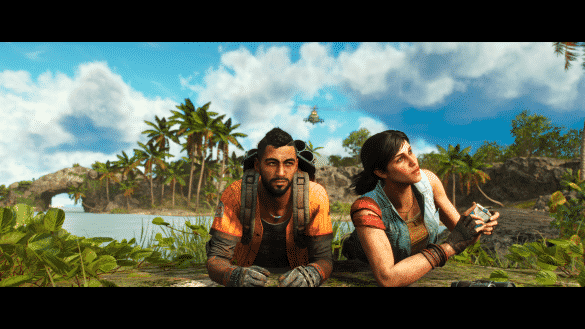 While there are some new features and adjustments in Far Cry 6, the gameplay remains mostly same from the previous games in the franchise. Not that this is necessarily a negative thing.

The following are some of the new features:

While the new elements are a nice addition to the franchise, the game mainly sticks to the same tried and true formula that has shown to be successful.

There are a lot of amazing weaponry in your arsenal, as there are in all Far Cry games. This covers both ancient and newer, more bizarre ones, like as the CD launcher that makes its victims dance the Macarena before they die.

My only genuine complaint with Far Cry 6 is that I miss having a human companion. It’s wonderful to have the animals as friends, but it’s no substitute for a sniper or even Nick Rye and his air support from Far Cry 5.

It’s not a major flaw that would prevent me from enjoying the game, but it’s something I wish had been offered as a choice between human and animal friends.

Is Far Cry 6 Worth Purchasing?

I could use a lot of fancy words to explain why I think Far Cry 6 is worth the money, but instead, I’ll simply use an image to answer the question.

Far Cry is a great chapter in the series that continues to deliver and thrill, in addition to winning me over with what is definitely the cutest dog ever.

Far Cry 6 has obvious political themes, but it also doesn’t take itself too seriously, which creates the ideal balance.

Farcry 6 is the name of the game.

Farcry 6 is an action-packed first-person shooter in which players join a revolutionary organization in order to overthrow Yara’s president’s fictitious nation. Join the guerrilla warriors and use whatever measures necessary to free your nation.

Far Cry 6 is worth it, according to the general consensus on Reddit. The game has received mixed reviews from critics and players alike. Reference: far cry 6 worth it reddit.

Is Far Cry 6 being Cancelled?

No, Far Cry 6 is not being cancelled.

How many hours is far cry 6?

It is not yet known if Far Cry 6 will run well on the PS4.