The first dwarf-themed RPG game recently released in early 2019. The game has been met with mixed reviews, but could be a huge success if more developers emulate its unique characteristics.

DwarfHeim is a game that has been released on the PC and Xbox One. The game was released with an interesting premise, but players were not too impressed with the overall gameplay. 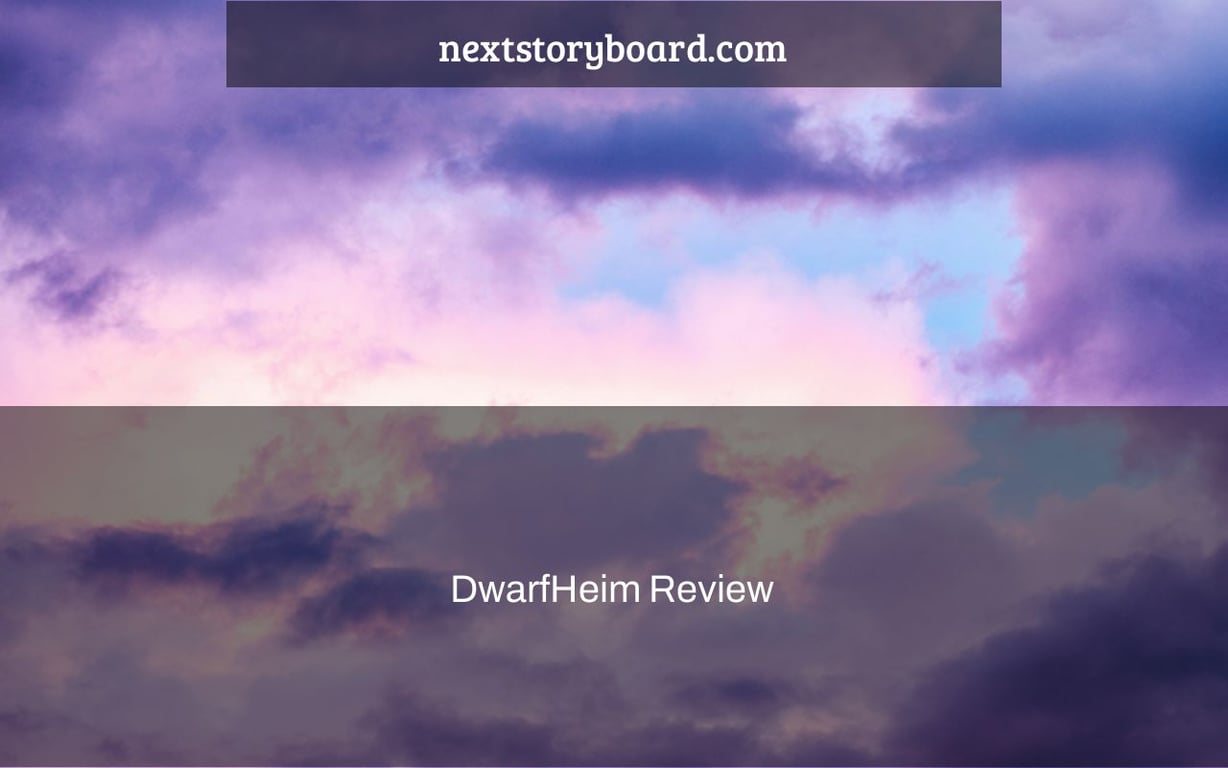 With so many RTS games being released lately, it’s easy to overlook a gem like DwarfHeim, but if you enjoy Starcraft or Age of Empires, DwarfHeim is a must-have RTS for 2021.

DwarfHeim has various unique mechanisms, one of which is the underground mining system, which lets players to play both above and below earth.

The Underground World of DwarfHeim

This method is further enhanced by the ability to construct structures that transport materials from subsurface mines to your community above ground.

I’ve lately reviewed a number of RTS and city-building games, and one frequent complaint I’ve heard is that they don’t do much to differentiate themselves from the competition, but I didn’t find DwarfHeim to be lacking in creativity at all.

Even though I had never played DwarfHeim before, something about it reminded me of my time playing games like Warcraft, and I got a rush of nostalgia while playing it, something I haven’t had in a long time when playing an RTS game.

Personally, I skipped the game’s tutorial in favor of getting right into the action, which I now strongly advise against.

There are a lot of unique structures and mechanisms in the subterranean area of the game that may take some time to grasp, so be sure you play the tutorial and learn these elements first.

DwarfHeim presently gets mixed ratings on Steam, but I must say, I’m rather pleased with it, particularly the subterranean segment, which swings away from the conventional RTS / Tower Defense gameplay and into a Factorio-style of action to some extent.

Players may design out parts of the subsurface for mining, similar to Dungeon Keeper, and then refine and convey these items to the town above ground using special facilities.

DwarfHeim is a one-of-a-kind game in a crowded industry that, with a few modifications and updates, could be fantastic.

The game’s subterranean structure is fantastic, but once you’re above ground, it seems generic and doesn’t do anything to distinguish itself from other games in the genre.

As it stands, I would recommend picking up DwarfHeim when it goes on sale; it may not be the finest RTS game you’ll play this year, but it does have some interesting features that make it worthwhile to play.

DwarfHeim is the name of the game.

DwarfHeim is a co-op RTS with tower defense features that plays like a game from the Warcraft series. Players must withstand wave after wave of foes while building and developing their walls.

DwarfHeim is a metacritic score of 83. It has been rated as one of the best games ever made. Reference: dwarfheim metacritic.

Can you play DwarfHeim with 2 players?

A: Yes! You can play this game with 2 players, but you will need two copies of the game.

How do you play miner in DwarfHeim?

A: Miner is a game mode in the DwarfHeim map. Its basically, playing as a miner and mining for gems that are outside of your reach. You need to mine from one side of the map and take them all to an exit on your other side where you can then sell it or use it for something else later on in-game