A new paper published by three MIT scientists claims that Bitcoin will be immune from attacks using quantum computers. The research suggests that the use of “quantum resistant” algorithms could help to protect bitcoin and other cryptocurrencies in the future.

The “quantum-resistant blockchain” is a new concept that developers are seeking to implement. It would protect Bitcoin from attacks with quantum computers. 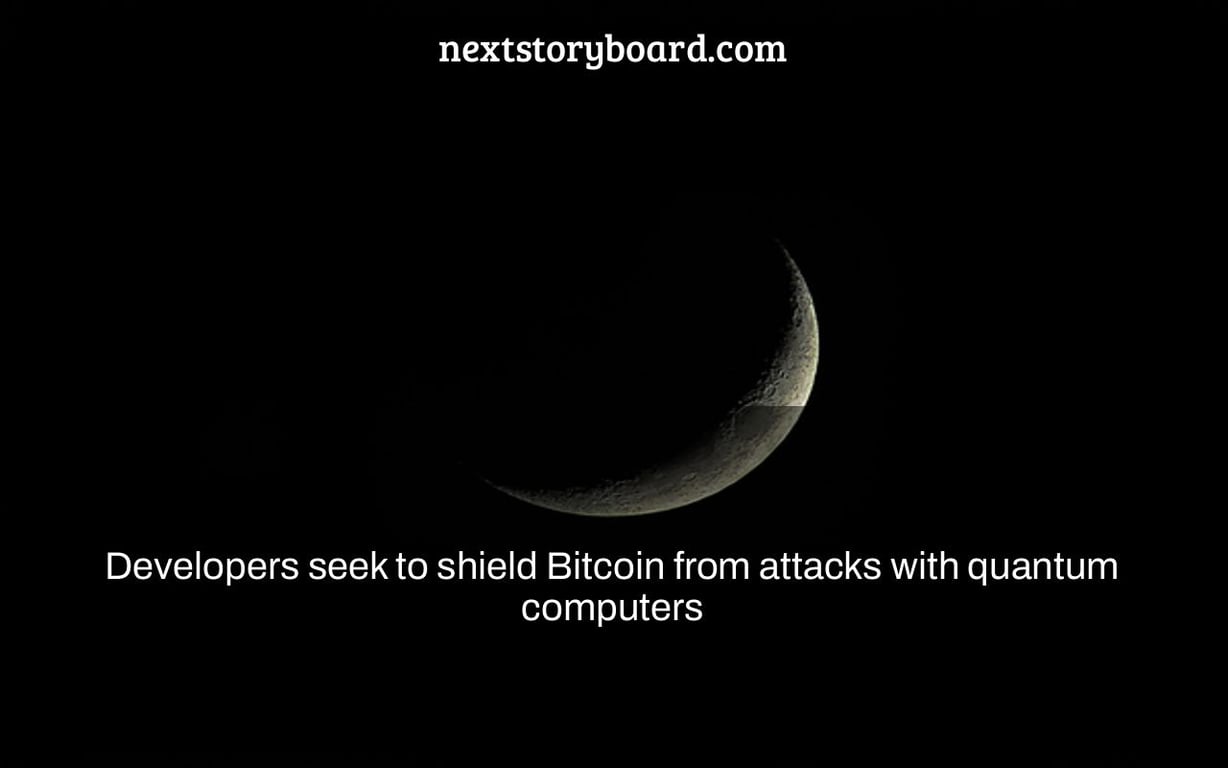 Quantum computers are being used by developers to protect Bitcoin against attackers.

On its mailing list, a group of Bitcoin Core engineers has been debating various approaches to safeguard Bitcoin against quantum computer attacks.

According to IBM, quantum computing is an area of technology that employs quantum mechanics concepts and rules to tackle problems that are too complicated for ordinary computation.

The fastest quantum computers are expected to be able to create the signatures of a Bitcoin address without knowing its private key in the future. This signals a sensitive potential weakness, since a person or group with equivalent computer capacity may easily shift bitcoins between third-party accounts.

In light of the danger that quantum computing presents to Bitcoin’s future, and speculations that such strong equipment is on the way, developer Erik Aronesty started a post on the Bitcoin development mailing list to discuss potential remedies.

Users might receive payments in a wallet or public key that employs a quantum-resistant mechanism, but the BTC would be housed in a traditional Bitcoin wallet, according to Aronesty. The goal of this strategy is to ensure that, in the event of a quantum attack, coins cannot be retrieved without first identifying the vulnerability using the two wallet algorithms.

The disadvantage of Aronesty’s suggestion is that it requires a soft fork on Bitcoin in order to implement this modification. The most significant drawback would be that fewer transactions would fit inside each block. This is due to the fact that the token for transactions done using quantum-resistant algorithms takes up much more space than the token for a standard Bitcoin transaction.

For his side, developer Lloyd Fournier proposed an alternative solution to thwart quantum computer assaults on Bitcoin. This is the creation of a standardized mechanism that enables outbound Taproot transactions to be transmitted to a quantum-resistant public key or wallet, as well as a traditional Schnorr public key.

It’s worth noting that, according to Fournier’s idea, public keys that aren’t vulnerable to quantum computer attacks can’t be used to make payments. However, if the risk of being attacked is severe, Bitcoin users may initiate a soft fork that allows payments to be made using quantum-resistant addresses.

These and additional measures to protect Bitcoin against quantum risks should be included to the BitcoinProblems.org site, according to Aronesty and Fournier. This is so that progress, as well as new suggestions and latent risks to the environment, may be shared.

As noted by LogitechGamingSoftware at the time, experts in cryptography and Bitcoin technology such as Adam Back and Andreas Antonopoulos have previously argued that quantum computing offers no significant danger to the mother of cryptocurrencies.

Activating Taproot on the Bitcoin network, according to developers Mark Friedenbach and Luke-Jr, renders the network more susceptible to quantum assaults, which is why they reject the protocol. Taproot transactions, as indicated previously in this paper, might be effective in coping with quantum computer onslaughts.

Bitcoin has been under attack for a while now. Developers are trying to shield bitcoin from attacks with quantum computers. Reference: bitcoin, and quantum computing tessler.

What is LogiOptions.exe, Uses & How to Remove it?