Colleges, especially football teams and their coaching staffs are increasingly incorporating recruiting algorithms in order to score the best players. These games have become hyper-competitive with schools hiring experts that can better identify talent and outmaneuver opponents who may be using similar technologies.

College football recruiting is a process that takes place in the United States. The 2022 recruiting cycle will be the first since the NCAA implemented new rules including early signing day, and an overall limit on scholarships for each school. 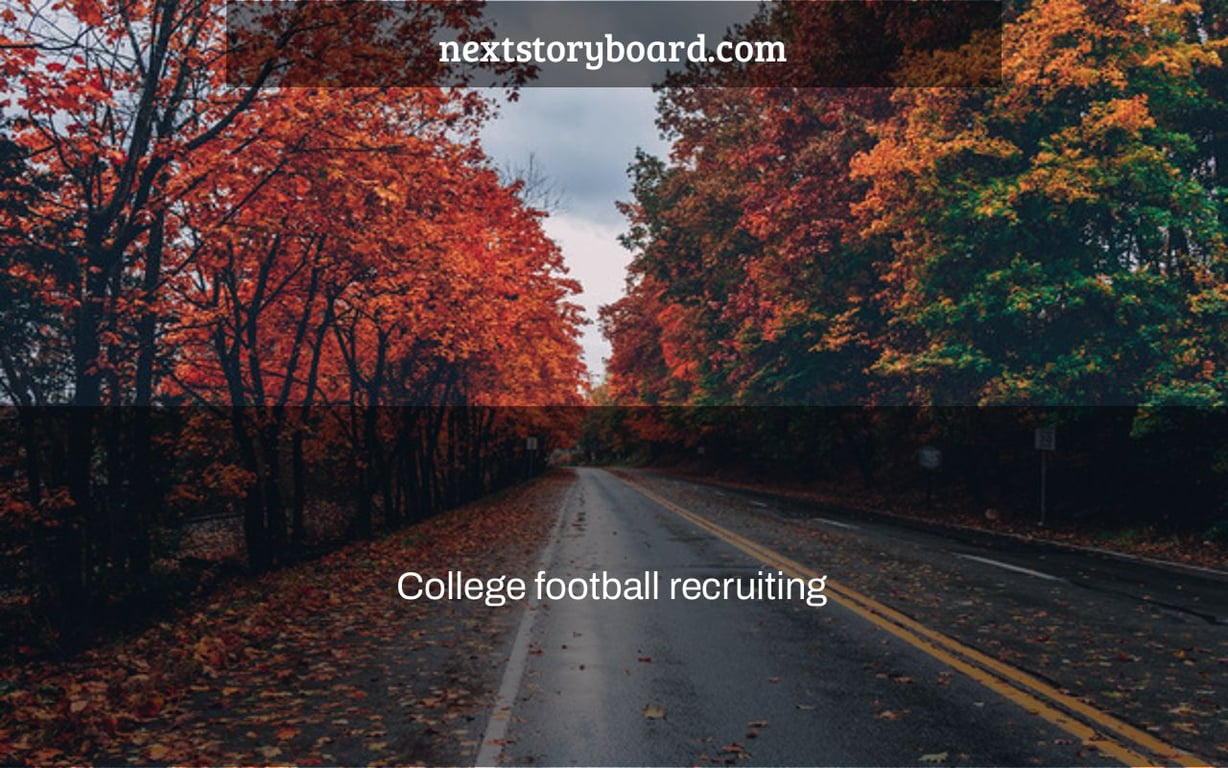 With 67 of the ESPN Junior 300 candidates having committed, the 2023 recruiting season is already underway.

Notre Dame has the best start in the class so far, with eight ESPN Jr. 300 commitments. Five of them are listed in the top 65, with defensive end Keon Keeley coming in at No. 33.

Georgia has the next-highest number of ESPN Jr. 300 pledges, with five, followed by Ohio State and Arkansas, each with four. After a coaching change, USC had a difficult 2022 cycle, concluding with just eight high school commitments.

Lincoln Riley, on the other hand, pulled in a slew of transfers, including quarterback Caleb Williams, and is off to a quick start in 2023 with three ESPN Jr. 300 pledges. He was able to persuade No. 2 overall recruit Malachi Nelson to transfer to USC, and he also has commitments from ESPN Jr. 300 wide outs Zachariah Branch and Makai Lemon.

While Nelson is no longer on the market, there are still a number of quality quarterbacks who have yet to commit in a cycle with plenty of potential. Here’s what’s going on with those top quarterbacks plus a couple 2022 prospects who haven’t signed with a club yet.

Arch Manning, shown here at a Texas game last autumn, will be visiting a number of institutions this spring. Getty Images/Tim Warner

Quarterbacks are often among the most fascinating prospects, and the 2023 class is no exception. The class has 20 ESPN Junior 300 quarterbacks, with ten of them having committed.

Seven of the 20 quarterbacks are rated among the top 50 quarterbacks in the country. This includes Arch Manning and Nelson, who are the No. 1 and No. 2 overall prospects in the class, respectively.

Nelson had already committed to USC, having transferred from Oklahoma soon after Riley was hired as the Trojans’ head coach.

Manning, on the other hand, is uncommitted and has been the center of national attention for some time. He comes from a football family, since he is the nephew of Peyton and Eli, the grandson of Archie, and the son of Cooper. Throughout the recruitment process, Manning mostly stayed to himself and concentrated on his football and basketball seasons.

Manning has recently had visits, according to his high school coach, Nelson Stewart, and has a couple more scheduled in the near future.

“Last weekend, he visited Georgia. This weekend, he’ll be in Texas “Stewart said this on Wednesday. “In no particular sequence, he plans to visit Alabama, Florida, Ole Miss, and LSU. He’s had Zooms, so he’s looking forward to seeing practices.”

Recruits may visit college campuses, but coaches can’t see prospects off campus since the recruiting calendar is now quiet. Manning and his coach have been able to take a breather from the continual stream of coaches who have visited their high school to watch the top prospect.

Stewart said he’s never had as many coaches come to his office during a recruiting cycle, and at one point, he had eight coaches in his office at the same time to save time.

Manning has been able to take in various components of the schools to assist compare now that he is on the road and making visits. Stewart said the trips helped him get a clearer understanding of how he would fit at each institution. He still doesn’t have a deadline for a choice and hasn’t formed a top list.

“I believe he’s still very open,” Stewart said, “but he told me he wants to go to practices and sit in meetings because he’s a meat-and-potatoes kid.” “He’ll be very thorough; he’ll go through this round and see where it is; he simply wants to be a recruit; he wants to be treated like a player, and he’s really liked that.”

Outside of Manning and Nelson, Dante Moore of the Detroit Lions is rated No. 14 among quarterbacks. Moore has visited Miami, Michigan State, Oregon, LSU, Florida, and a few more schools since January.

Notre Dame is in the mix, and Texas A&M recently offered, as plenty of schools are vying for his commitment. Just behind Moore is Nicholaus Iamaleava, the No. 24 prospect overall, who recently committed to Tennessee.

If he joins with Tennessee, he would be the highest-rated prospect to sign with the Vols since ESPN began rating prospects in 2006.

Jaden Rashada is the best dual-threat quarterback in the class, rated No. 25 overall. Rashada has had offers from a number of schools, including Ole Miss, Miami, Oregon, and BYU. He’s already paid a couple trips, but hasn’t officially said when he’ll make a choice.

Jackson Arnold comes in at No. 41 behind Rashada. Arnold, a 6-foot-1, 195-pound recruit from Denton, Texas, has been committed to Oklahoma since January.

Dylan Lonergan, who is presently undecided, is the last quarterback in the top 50. Snellville, Georgia native Lonergan is a 6-2, 210-pound signal caller. He’s already visited Georgia, Georgia Tech, and Stanford, and he’ll be visiting Florida, Ohio State, and South Carolina in the coming months.

End of the defense Lebbeus Overton was rated No. 1 in the 2023 class, but he was reclassified to the 2022 class. ThreeStep

The majority of the 2022 prospects signed their contracts in December and February, but two key recruits have yet to sign.

Joshua Conerly Jr., an ESPN 300 offensive lineman, has said from the outset that he intended to wait and take his time. Conerly wanted to make sure he made the best selection possible before signing on the first day of February.

In January, he declared a top six that included Washington, Oklahoma, Oregon, Michigan, USC, and Miami. Conerly has subsequently said that he would make his pick from his top list on April 8. Conerly has visited Miami, Michigan, Oklahoma, and Oregon, with another trip to USC on the horizon.

Outside of Conerly, during the early signing period in February, 2023 ESPN Junior 300 prospect Lebbeus Overton reclassified to the 2022 class, a new 2022 recruit surfaced. He was the top recruit in 2023, and he now has the opportunity to join a club a year sooner than projected.

He named a top five of Georgia, Ohio State, Oklahoma, Oregon and Texas A&M at the time, and his father, Milton Overton, said his son will take all five of his official visits. Overton has already visited Oregon and Georgia, and will visit Texas A&M next.